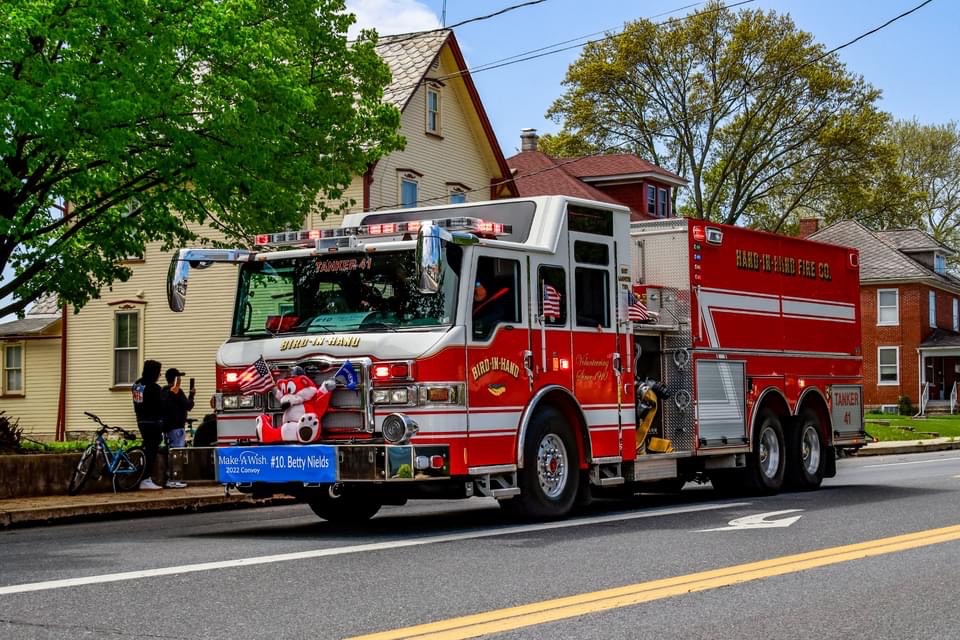 Tanker 4-1 (2014-present) – In 2014, the fire company purchased a custom Pierce Velocity tank truck to replace the aging Volvo. With a fire-bashing 4000 gallons of water, this tanker servers as the primary water supply for any fire in the Bird-in-Hand area and some neighboring fire companies. Key features include a top-mount pump control panel, 6 man cab for manpower, 550 horsepower Cummins engine for quick response, and signs above both crew doors saying “Giving Is Living”, a reference to kindhearted actions among the tanker committee members. Perhaps the most notable feature of this tanker is its setup for quick & efficient “nurse tanker operations” – 5 large hoses (3 on back, 2 on front bumper) for quick filling of the tank from other assisting tankers, and a Hale 2000-gpm pump that can actually pump about 2500 gallons per minute at very large fires. The “nurse tanker” setup is an extremely fast water delivery method. 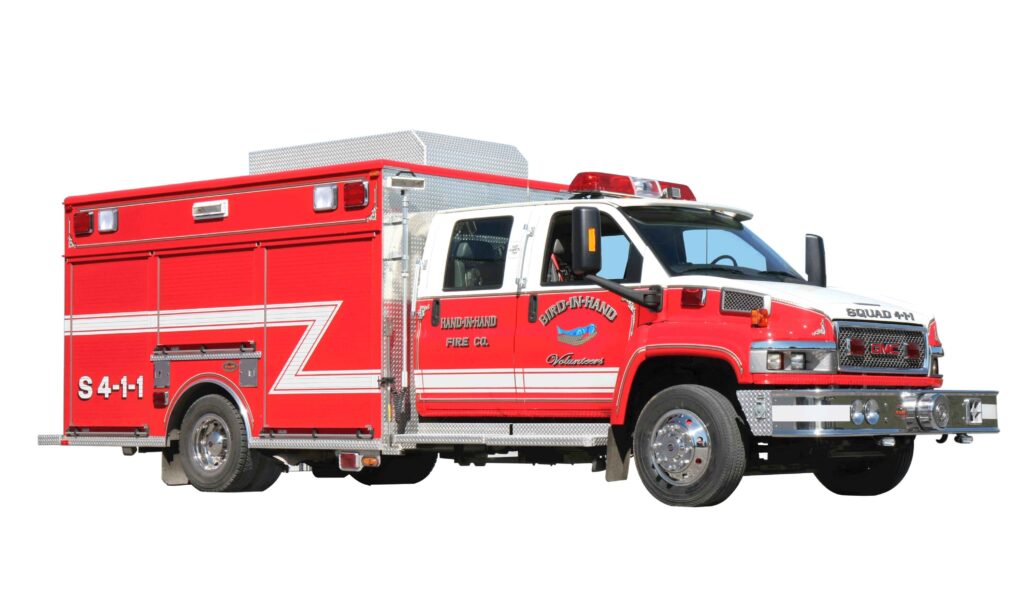 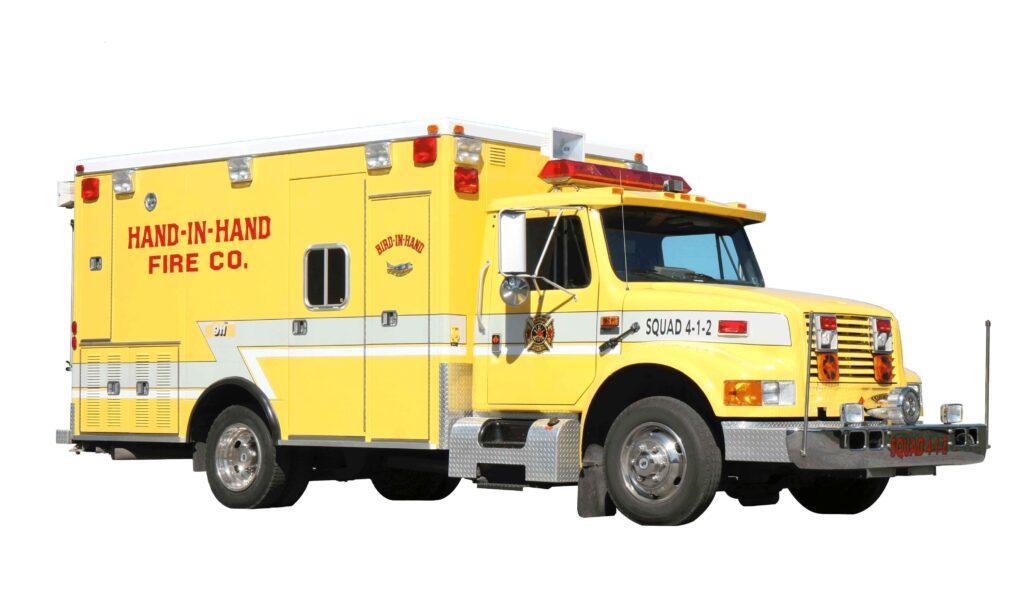 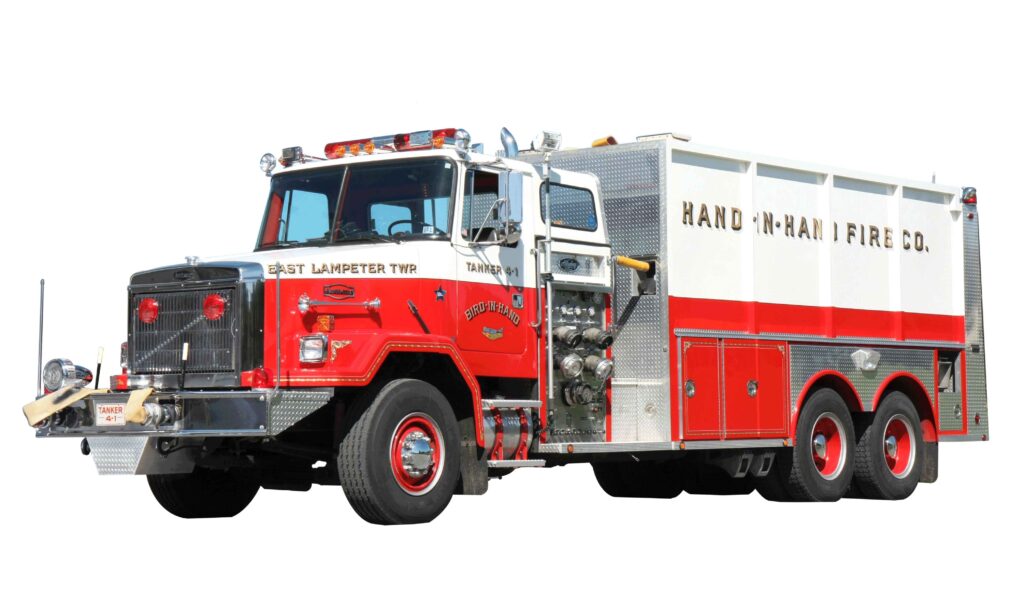 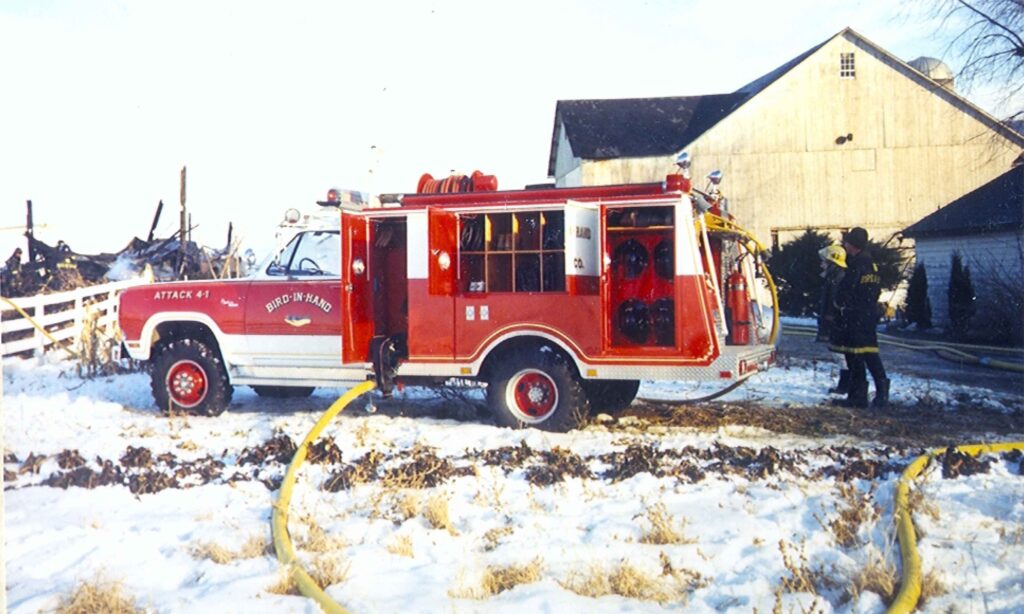 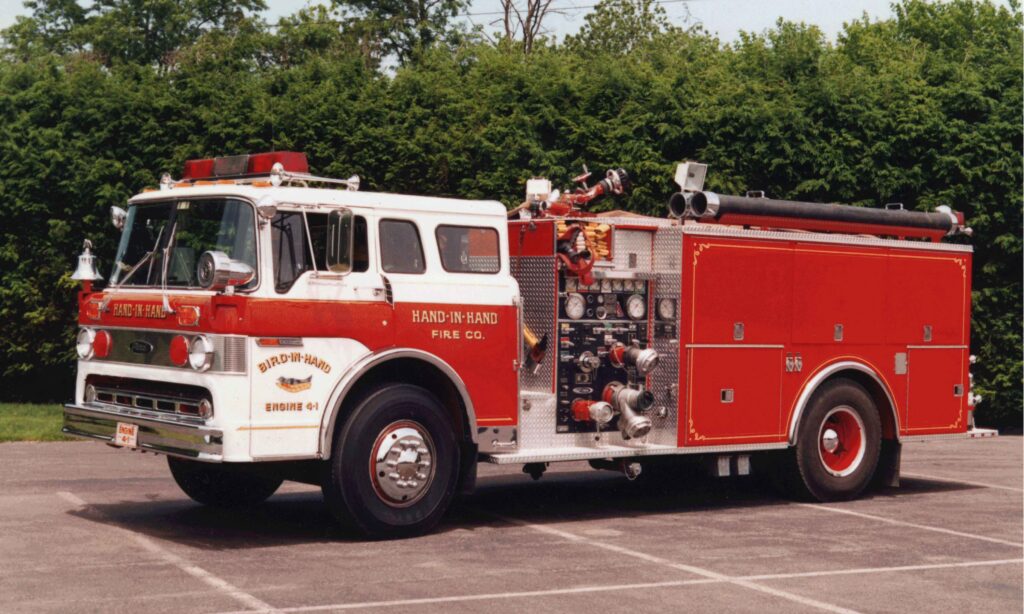 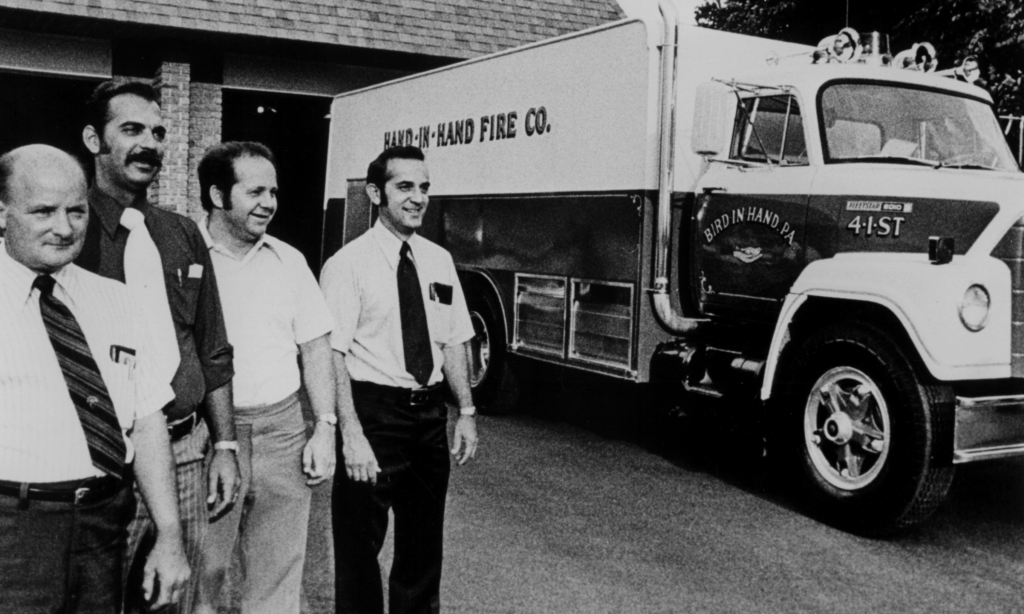 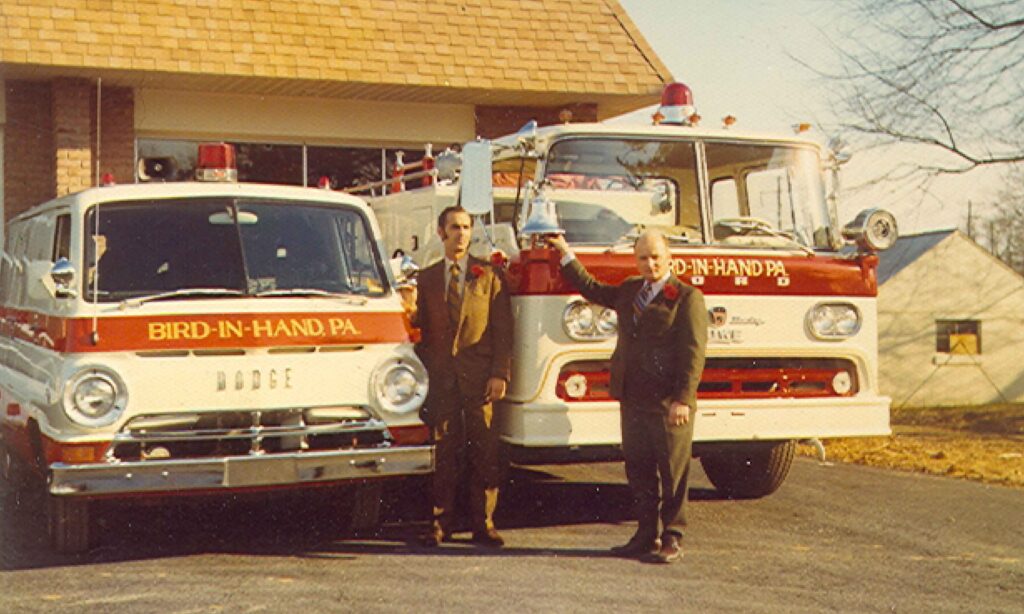 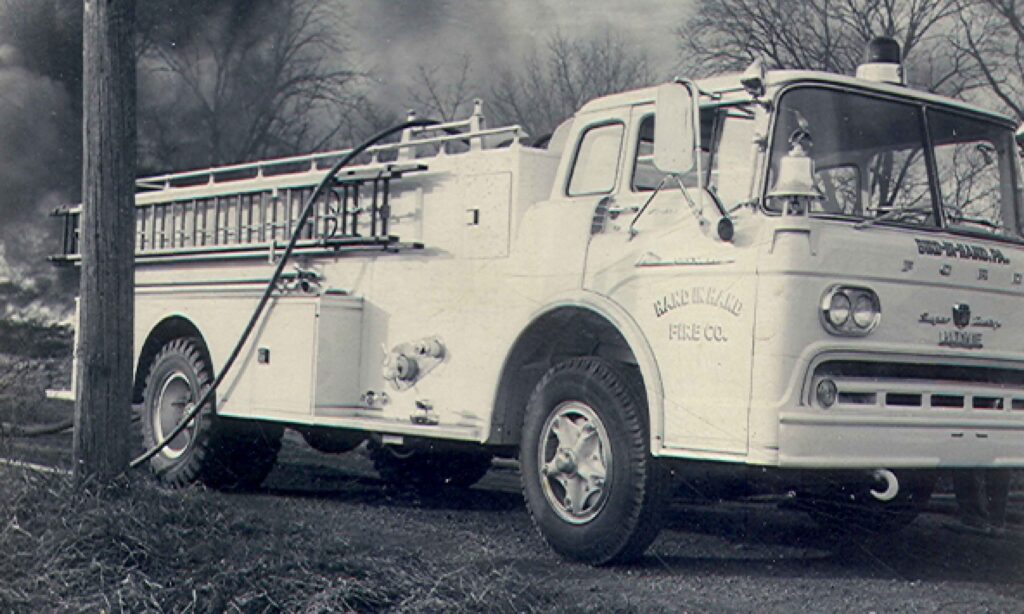 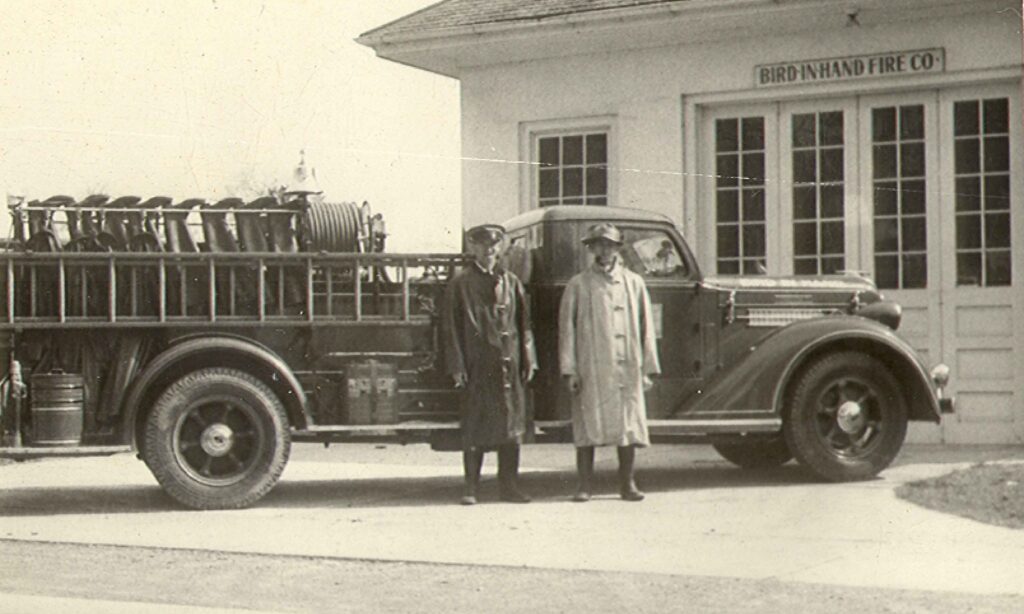 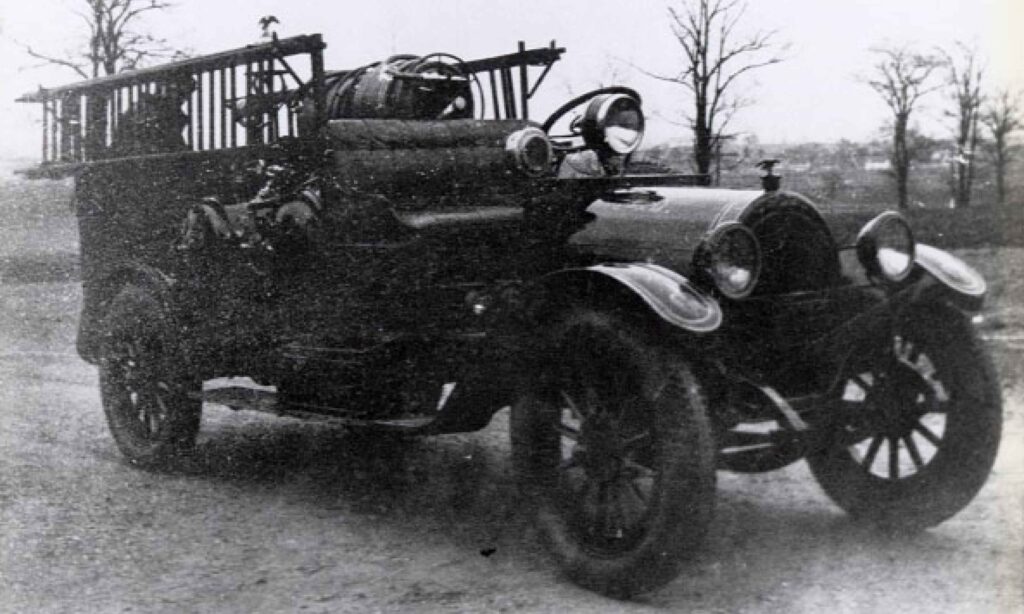 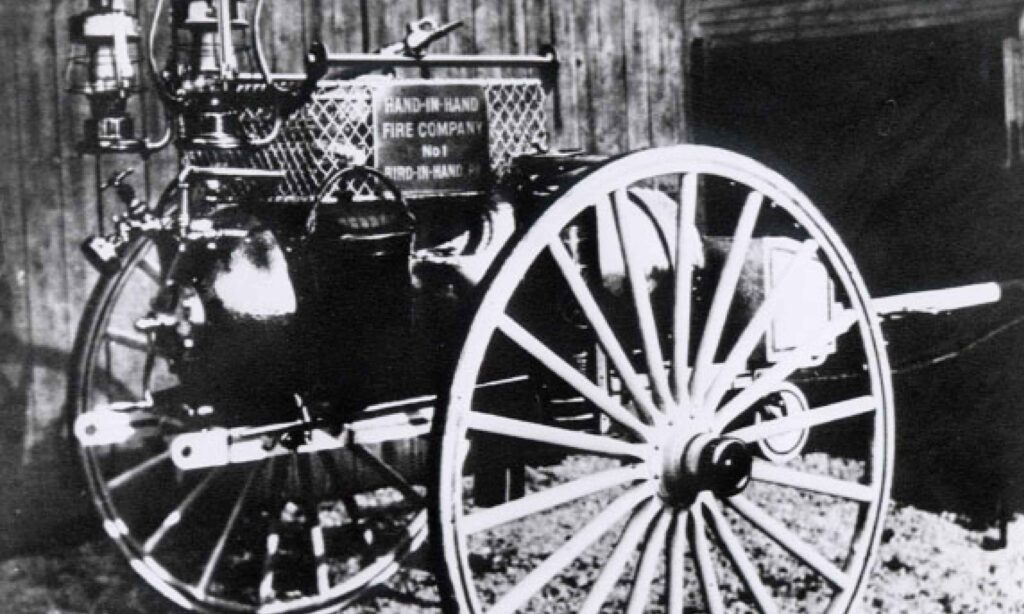